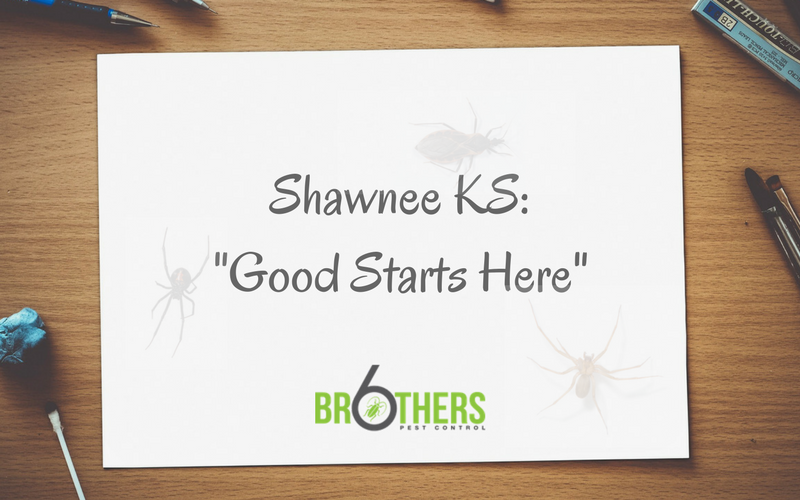 The city of Shawnee, Kansas has a fascinating history and a bright future. It builds on its heritage of being a small, farm town, while still being fully integrated in the wider Kansas City metro area. In 2010, Shawnee was recognized by Money Magazine as one of the “Best Places to Live.” Let’s take a closer look at how the city of Shawnee came to be and what makes it so great!

Shawnee is located in Johnson County, Kansas in the south west quadrant of the Kansas City Metro Area. You probably wouldn’t be surprised to learn that the city of Shawnee takes its name from the Shawnee Indians. The government gave the Shawnee Indians land and relocated them from Missouri to Kansas in 1825. As the Native American population dwindled in subsequent years, the government bought back most of the land and established the city of Shawnee. It was one of the state’s earliest towns and was the site of the first territorial legislature. The population of Shawnee has increased steadily since the 1950’s as people moved away from the congested urban areas and wanted a smaller town feel. The population of Shawnee is now just over 60,000 people.

Its residents know Shawnee is a great place to call home, but others have recognized it as well. Shawnee was voted the #17 “Best Place to Live” in 2010 due in part to its affordable housing, great air quality, and short average commute times. These quality of life factors make Shawnee a premier place to live when compared with similar cities of its size nationwide.

Shawnee has also received the designation of “Bicycle Friendly Community” for its many miles of on-road and off-road facilities. It was the first in the metro area to adopt a bicycle transportation plan and prides itself on its great transportation infrastructure. If you love outdoor recreation and a great commute, Shawnee is the place to be.

There is always something to do in Shawnee. From outdoor recreation to family friendly museums, Shawnee has you covered.

At Shawnee Town 1929, you can take a walk through living history. This hands-on “museum” tells the story of life in a small farm town in the 1920’s. It is complete with costumed staff who guide you through an old-fashioned farmstead, grocery store, funeral home, barber shop, and typewriter repair shop.

After you have enjoyed your history lesson, you can head over to Wonderscope Children’s Museum of Kansas City to help your children learn through play. This family museum provides fun arts and science exhibits and displays that are sensory based and entertaining.

Still looking for more entertainment, hit PowerPlay where you can play arcade games, eat at the pizza buffet and enjoy go-karts and other attractions. In Shawnee, people of all ages can find fun and adventure.

Shawnee is a vibrant city and a great place to call home. Six Brothers Pest Control proudly serves the residents of Shawnee. We love the area and the people. If you ever need pest control in Shawnee, KS or the surrounding areas, give us a call. We offer a satisfaction guarantee that means you can experience all that Shawnee has to offer instead of worrying about the hassles of household pests.