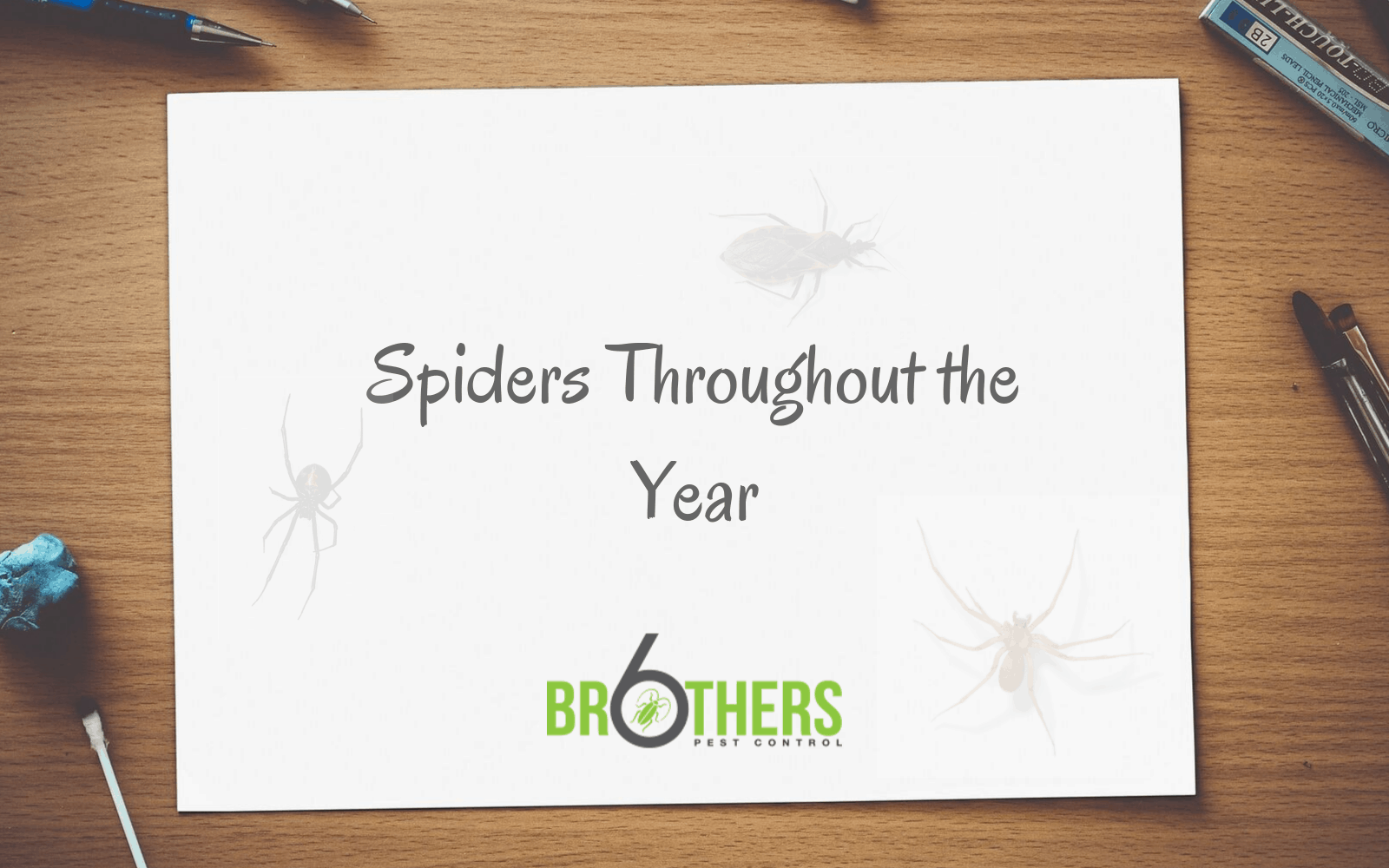 Spiders Throughout the Year

Seasons play a huge role in what you can expect in terms of household pests like spiders. During some seasons, the pests almost disappear, while in others, they may be a constant problem. Spiders are helpful creatures in the garden, but when you start finding them in your house, you probably just want to get rid of them. Let’s take a closer look at spider behavior throughout the year and how it relates to pest control in Charleston, South Carolina.

For spider species that lay their eggs during the summer, spring is when the spiderlings hatch and start ballooning (drifting with the wind) to find homes. Spiders are among the first invertebrates to become active in the spring, usually starting with hunting ground spiders in search of a meal. By mid spring, the orb weaving spiders start to become common as well. For spider species that survive the winter as adults, spring is the time they mature, mate, and lay their eggs. In terms of pest control, spring is a great time for pest control treatments. Preventive perimeter treatments can help keep future pest problems at bay.

Summer is the peak time for all different kinds of spiders. There are lots of insects and other bugs around, so spiders have plenty to eat. The warmer weather is also conducive for growth. With plenty of food and water outdoors, you may not see as many spiders in your house during the summer. By the end of summer and early fall, however, spiders become extremely active. During the last warm days of summer, you may see large amounts of webs because the mature spiders need to eat a lot of food in preparation for egg laying. Spider control measures become very important; knock down webs, flush out the spiders, and spray perimeter treatments to prevent more from coming in.

Late summer and early fall also coincide with spider mating season. You may see an unusually large number of spiders in or around your home because the sexually mature males are wandering around in search of a mate. Female spiders will eat as much as they can during this season, and then use those nutrients to lay their eggs. Some species of spiders will reproduce and then die, while their eggs or hatched spiderlings will spend the winter inside the egg sac until spring comes again. Some spider species that hatch during the summer, will start looking for shelter for the winter.

The first frost will kill off many of the annual species of spiders. The species that overwinter as adults will find shelter in cracks, under bark, in leaf litter, etc. and begin to slow down. They go through a process of cold-hardening, in which they develop anti-freeze compounds that help lower the temperature at which they will freeze. They may also intentionally become dehydrated so that freezing will not harm them. Winter tends to be a bit of a respite from most insects and bugs, but you will want to continue with regular pest control treatments to ensure that you catch those early hatching spiders next spring.

Spider behavior and activity changes with the seasons. That is why it is so important to have regular pest control treatments. The experts at Six Brothers Pest Control know the spider life cycle and know when to treat your home to prevent problems. With Six Brothers Pest Control, you can feel confident because we offer a 100% satisfaction guarantee. We have offices in Orem, Salt Lake City, Saint George, Las Vegas, and Boise. Contact us today for more information.