Spiders are perhaps the most frightening pests you can have in your home. They don’t need to be enormous tarantulas to make you squirm. Even small spiders can cause harm to people and pets. That’s why folks in Washington, Utah are serious about spider control.

While spiders generally live outside, they can get inside the home. Spiders are hunters by nature. They mainly eat bugs such as flies, mosquitoes, and ants. That’s good on the surface, but bad if they use your home as their preferred hunting grounds. At Six Brothers, we believe that helping your keep spiders away from your household is essential to keep your family and pets safe. If you are seeing spiders give us a call today, we would love to be your local Washingotn pest control experts!

Types of Spiders in Washington, Utah

On the whole, most spiders are harmless to humans. However, they can be harmful to pets such as cats and dogs. Spiders don’t actively attack humans but may do so if they feel threatened. Most spiders are not poisonous per se but may cause serious allergic reactions in some people. Therefore, it’s crucial to keep your home free of spiders.

Washington, Utah’s spring and summer climate are great for spiders looking to hunt. During the winter, spiders lay eggs that remain dormant throughout the winter season. In spring, the eggs hatch leading to a possible spider infestation. As bugs proliferate in the spring and summer, so do spiders. That’s why it’s important to know the most common types of spiders you may encounter in Washington, Utah.

Spiders in the Washington, Utah area tend to be harmless. However, some people may have severe allergic reactions to their bites. So, spider control is essential to ensuring safety in your household. 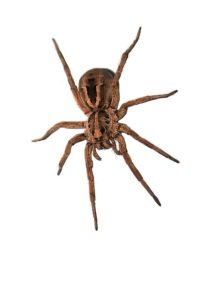 How to Control Spiders in Washington, Utah

When to Get a Spider Control Specialist in Washington, Utah

Spider infestations can be serious business if left unattended. While a spider here or there may not be cause for concern, seeing spiders on a regular basis may warrant professional assessment. At Six Brothers, we are experts at controlling spiders. We can assess your property at no obligation to you. We can provide you with an honest assessment of your needs. Our services focus on determining how spiders are getting in, and what we can do to effectively eliminate any infestations before they become serious situations. Please feel free to contact us at  info@sixbrotherspestcontrol.com or at 435-710-2273. One of our professionally trained experts will provide you with all the information you need to get started addressing any spider control issues you may have in Washington, Utah.