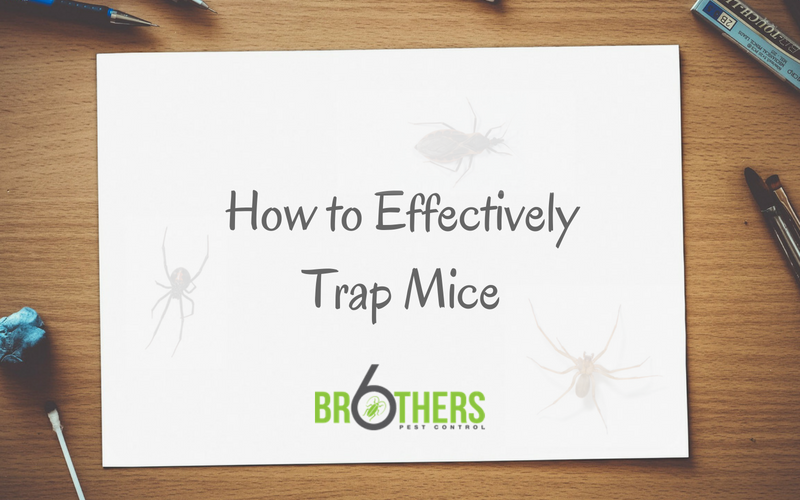 How to Effectively Trap Mice

Nearly every home in America will experience a rodent problem at one point or another. Mice have lived alongside humans for as long as we have existed, so it is naive to believe that it won’t happen to you, despite your best efforts. When you see a mouse or rat in your home, most homeowners will immediately turn to traps. These simple devices have changed very little over the course of the last 50 years because they are effective and inexpensive options. Successful trapping, however, depends on knowing the tricks of the trade. Here are some tips and tricks that will make you a successful trapper. 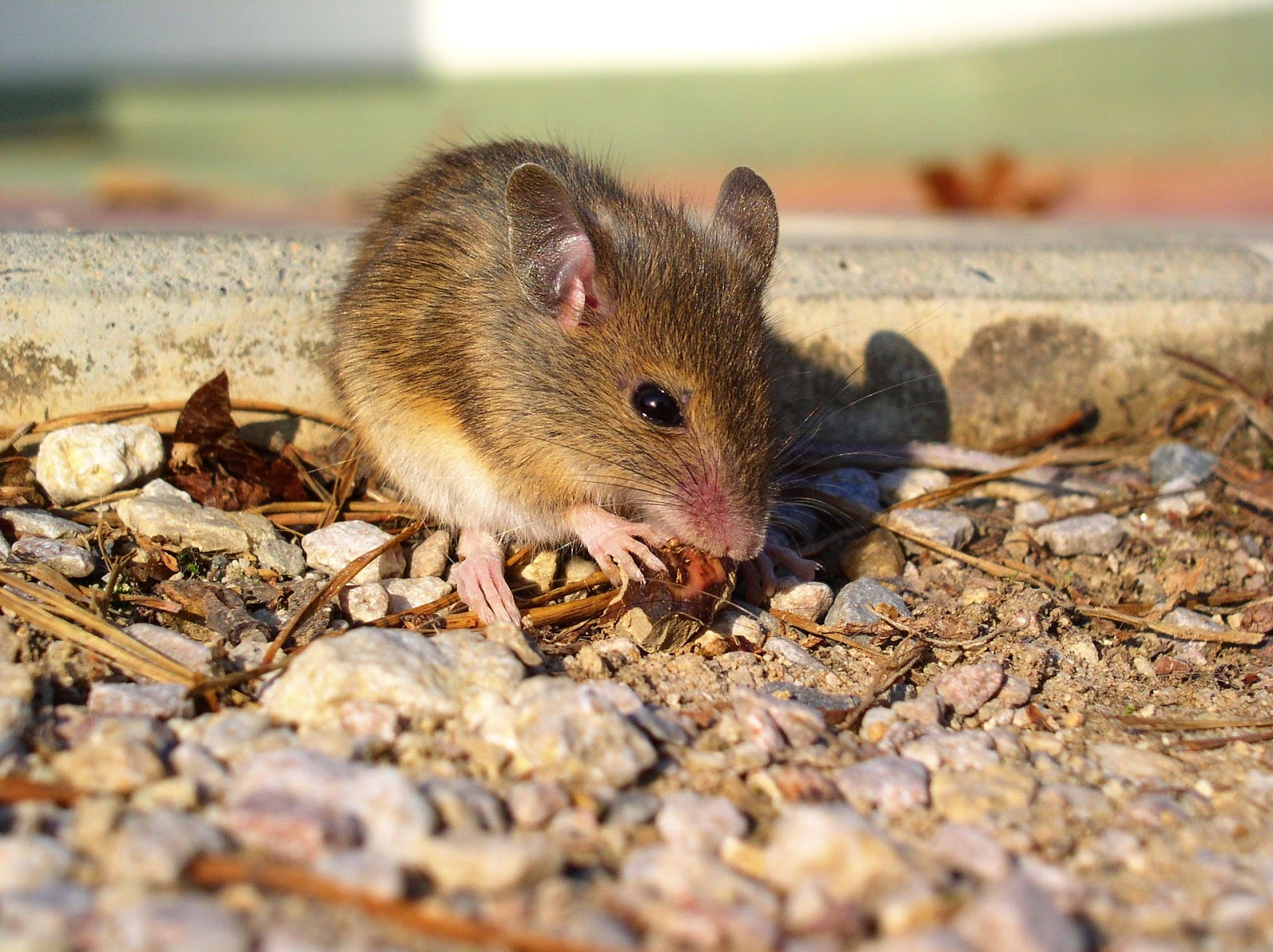 Successful trappers know that mice are not attracted to cheese, despite the cartoons and advertisements that would say otherwise. Scientific studies have shown that mice can actually be repelled by cheese because of its strong smell. Instead of using cheese, try things that actually work like bread, grains, fruit, nuts, and sweets. Two of the most effective baits that trappers swear by are peanut butter or hazelnut spread on bread.

Putting more bait on a trap is actually less effective. A large amount of bait means that the mice may be able to eat around the trigger without setting it off. A small, pea-sized amount of bait is the perfect amount. 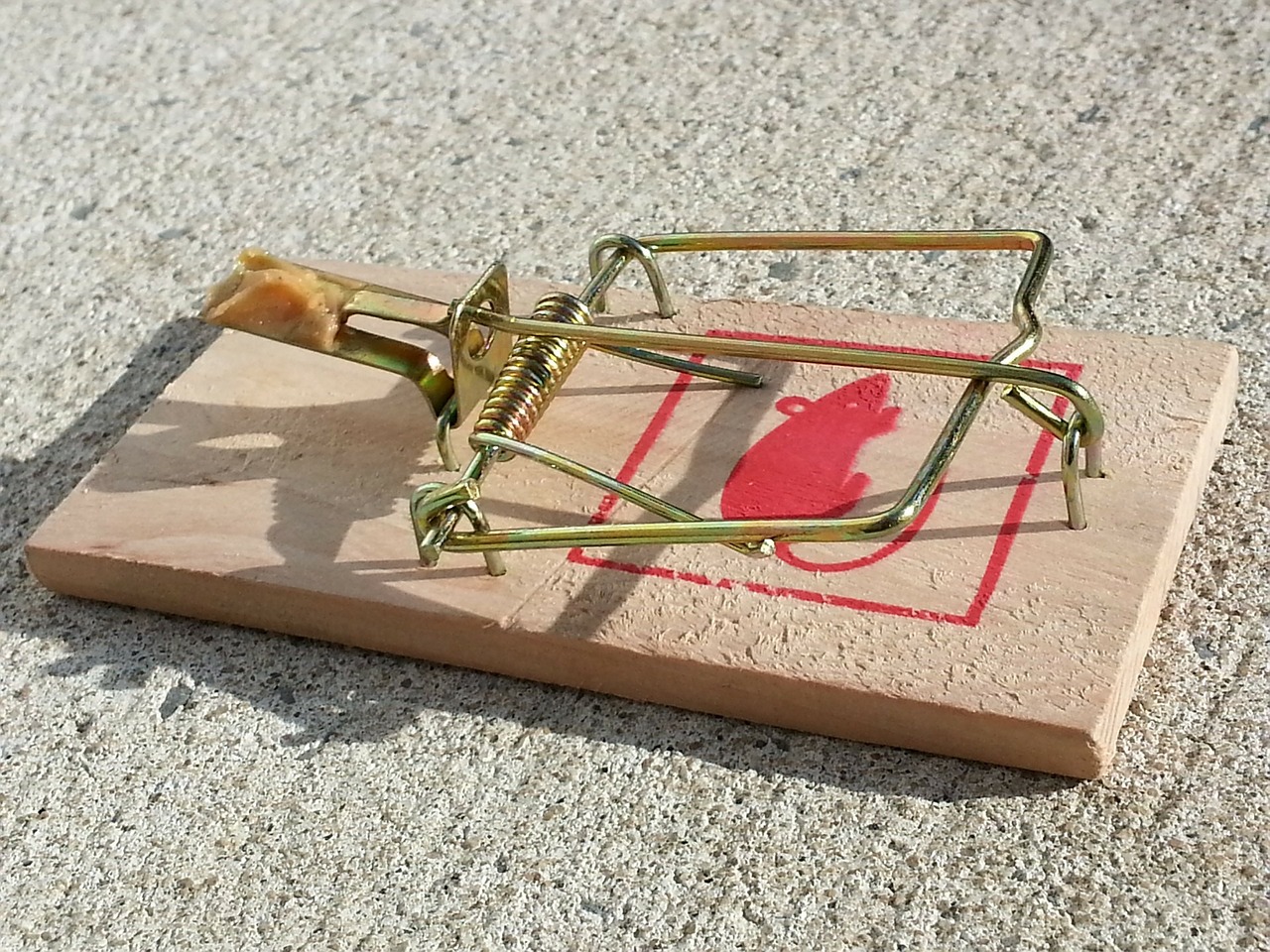 Rodents are known carriers of many diseases, so handling previously used mouse traps should always be done wearing gloves. Gloves reduce the risk of disease transmission, but they also reduce the human smell on the trap. Mice have an excellent sense of smell and may be turned away if they smell that humans have handled the trap.

Mouse traps are most effective when placed in areas where mice live and travel. Mice are creatures of habit and will often follow the same paths to get food. You can find out where the mice are by seeing them or by seeing evidence of them. Signs of mice include: droppings (⅛ inch long, black, and cylindrical with pointed ends), chewed packaging, and footprints in dusty or dirty areas.

One mouse trap isn’t going to be as effective as multiple will be. Space several mouse traps 2-3 feet apart along high traffic walls. This will provide a higher chance of catching a single mouse quickly and will also be more effective if you have many mice in the house.

It’s all about Positioning

Mouse traps should be placed perpendicular to walls with the bait/trigger end nearly touching the wall. This allows the mice easy access to the food without having to leave the security of the wall. Mice do not like to be in the open, so some traps should also be placed behind appliances and in other dark, sheltered areas.

With these tips and tricks, you will become a mouse trapping champion in no time. However, not all rodent control can be done with traps alone. Some infestations are large and would be better handled by a professional exterminator. Pest control specialists can also help by inspecting the property, pointing out potential entry points, and implementing control measures like baits and repellents. If you are in need of rodent control in Overland Park, Six Brothers Pest Control can help. Contact us today for more information.