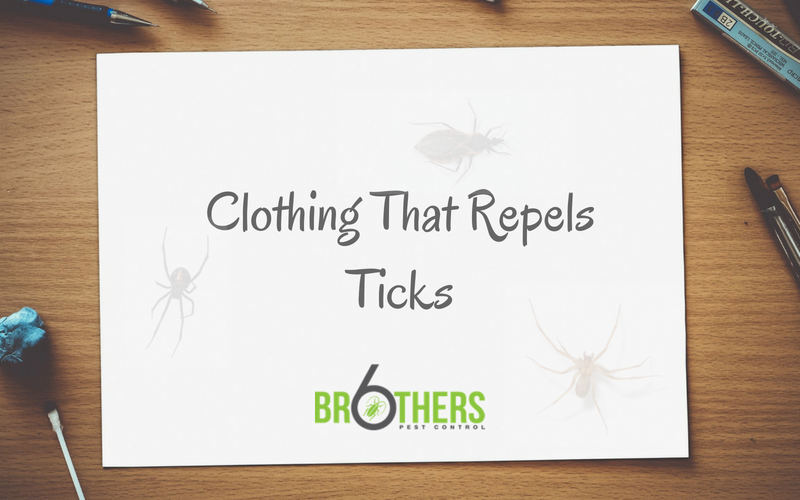 Ticks are a big problem in the Midwest during the summer because they can spread many different diseases. A person infected with a tick-borne disease can face life-changing symptoms, so tick prevention is incredibly important. A new research study recently published in the Journal of Medical Entomology tested the effectiveness of permethrin treated clothing and found that it works in repelling ticks. Let’s take a closer look at how this research will influence the war against ticks.

Permethrin in a synthetic form of an insecticide made from elements of the chrysanthemum flower. The idea of using permethrin on clothing is not new. The military has done this for years, and the CDC actually recommends treating your clothing if you are planning to be in wilderness areas. Various clothing companies are now manufacturing permethrin treated clothing as an easy way for the average person to protect themselves. The study’s aim was to determine if these manufactured pants, shirts, and socks actually work.

The study, conducted by the U.S. government, tested clothing that was treated with .5% permethrin on the major species of ticks that carry diseases like Rocky Mountain Spotted Fever, STARI, ehrlichiosis, and Lyme disease. In all cases and on all stages of life development, the number of ticks on the clothing was greatly decreased. In addition, after only 5 minutes, the ticks were no longer able to move normally and could not bite.

The study concluded that permethrin treated clothing was indeed a beneficial method in repelling ticks. Fears of having insecticide close to the skin may cause worry for some individuals, but there has been zero evidence of any problems associated with it because permethrin is not absorbed well through the skin.

Other methods of preventing ticks, as recommended by the CDC include: using an insect repellent containing DEET, picaridin, or oil of lemon eucalyptus, staying in the middle of trails, avoiding tall grass and brush, and performing tick checks after time spent in tick habitat.

If you are having tick problems around your yard and home, keep your family and pets safe by having a professional exterminator come and treat the area. Our expert technicians will inspect your property and come up with a customized plan to take care of the ticks. For Kansas City Pest Control, contact Six Brothers Pest Control today.