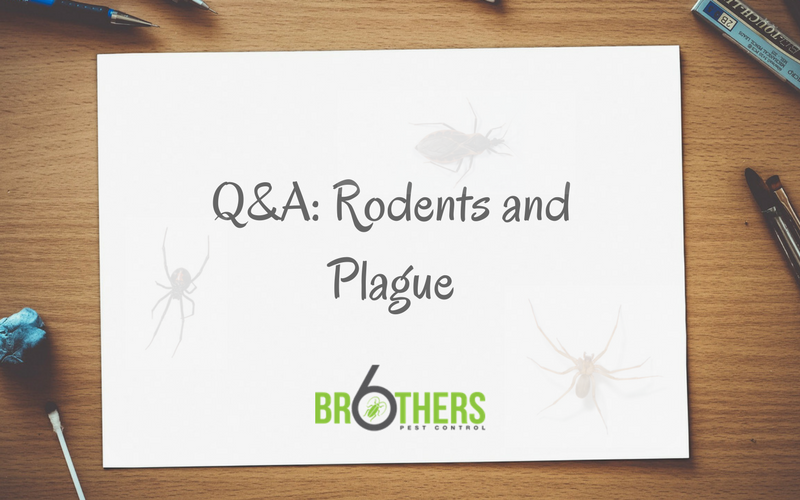 In the last few months, there have been several news stories about outbreaks of plague around the world and even some cases in the United States. The island of Madagascar in Africa is currently experiencing a devastating plague outbreak that has sickened over 1200 people and killed 124. So, you may be curious… What is plague? How does it spread? What can be done to prevent it? These are some of the questions we will tackle today.

Q: What is plague?

A: Plague, also known in history as “Black Death,” is an illness caused by the bacteria Yersinia pestis that is found in small animals and their fleas. There are three types of plague: bubonic (in the lymph nodes), pneumonic (lung-based), and septicemic (enters the bloodstream).

Q: Is this the same plague that occurred in the Middle Ages?

A: Yes! While the bacteria has changed slightly, it is still remarkably similar to the variety that killed some 50 million people in the 14th century. That amounted to 60% of the population of Europe at the time. While the plague is the same, we now have antibiotics that can help prevent such widespread epidemics. Now, there are only around 5,000 cases of plague reported every year.

Q: How is plague spread?

A: Plague is transmitted by the bite of fleas often found on small rodents or through direct contact with infected tissues or infected respiratory droplets. The main animals that spread plague are rodents like rats, voles, prairie dogs, and squirrels.

Q: What are the symptoms of plague?

A: Symptoms of plague include: large swollen lymph nodes, fever, chills, head and body aches, weakness, vomiting, nausea, and even blackening and death of tissues in the extremities. If caught quickly, plague is very treatable through the use of antibiotics. If left untreated, plague mortality rates range from 50%-100% depending on the type.

Q: I’ve never even heard of plague… Do we even have it in the United States?

A: Thankfully, plague has been almost completely eliminated in the United States. The chances of contracting plague here are very very small. That being said, just this year plague in New Mexico hospitalized two residents, and a few months ago, fleas in Arizona tested positive for plague. Plague is most common in the hot, dry Southwest. So, while it is not something to worry about, it is something that still exists. Improved sanitation has been huge in reducing plague. In this century, plague mostly strikes poverty stricken areas in rural Africa or South America where rats and fleas are rampant. Current endemic countries include Madagascar, The Democratic Republic of the Congo, and Peru.

Q: What precautions should be taken to prevent plague?

A: Even though it is not a huge concern in the U.S. you should still follow some basic guidelines. Never handle small animal/rodent carcasses directly, and do not attempt to feed rodents. If you notice a large die-off of a rodent population, report it to authorities so that they can monitor the situation. Proper rodent control is always a good decision.

While stories of plague from around the world may sound scary and make you nervous, rest assured that it is extremely rare in the United States. Controlling the rodent population, however, is important not only for plague, but for many other diseases as well. Rodents carry and spread diseases like hantavirus, typhus, leptospirosis, salmonellosis, and many others. If you need Kansas City rodent control, Six Brothers Pest Control is here to help. Whether it be rats, mice, voles, or moles, our trained technicians can handle the problem. With our 100% satisfaction guarantee, you have nothing to lose. Give us a call today.