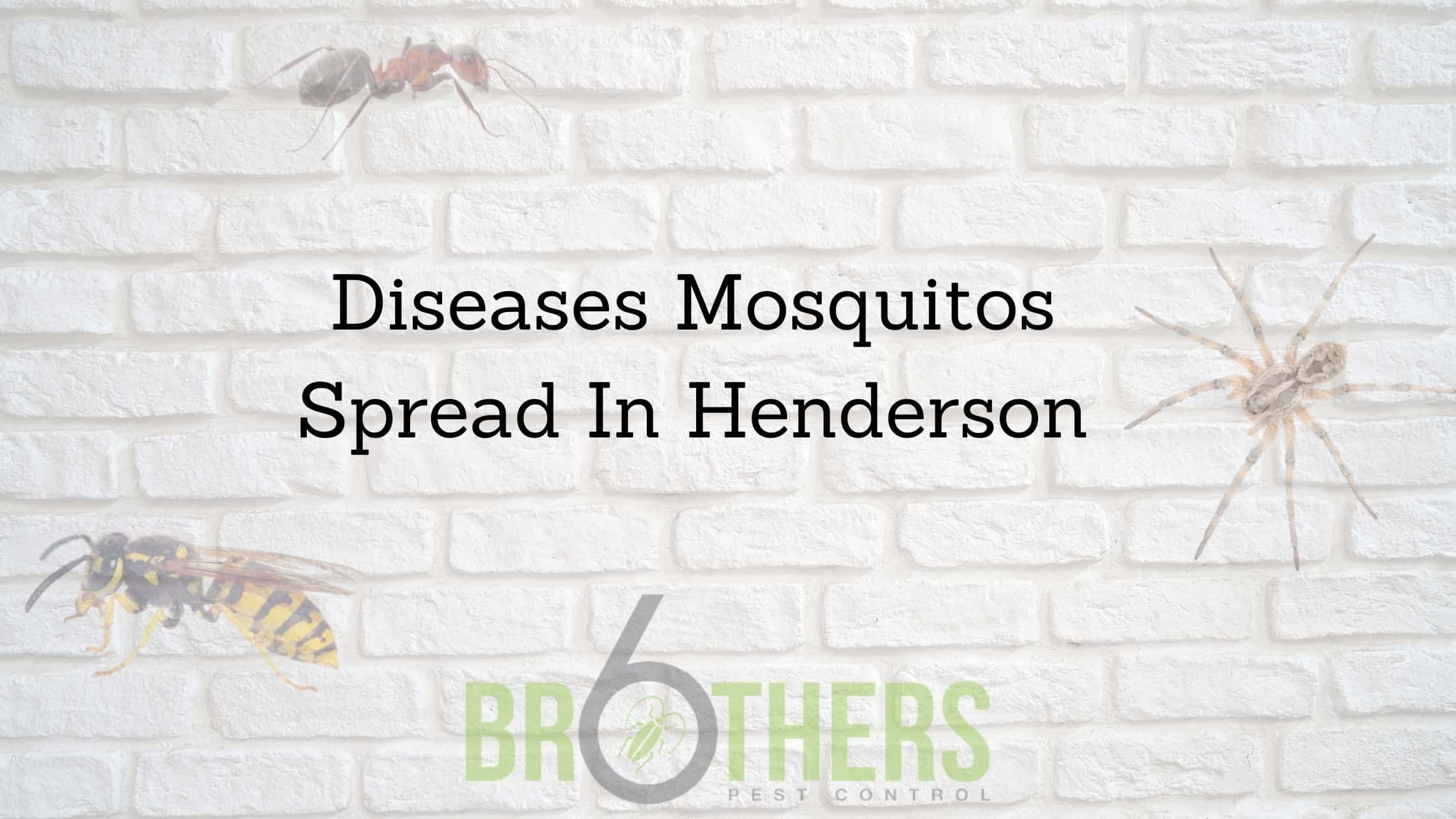 Six Brothers Pest Control, every year, takes a hard look at the mosquito population in and around Henderson. We look at these reports to uncover anything new about mosquitoes, what diseases they are carrying, and if our area highly suspect of an influx of insects. Six Brother’s Pest Control considers Henderson to be our home. We also believe we must keep this city free from pests and the diseases they bring with them. Mosquitoes are the deadliest species on earth. In any given year, they kill more than 700,000 people. https://www.isglobal.org/en_GB/-/mosquito-el-animal-mas-letal-del-mundo They are prolific killers.

Fever, rash, general aches, and pains are common with Zika. The real danger is for those women who are pregnant. It causes severe brain damage in newborn babies and miscarriages or preterm births.

Six Brothers Pest Control would like to make a few suggestions to keep the mosquito population down with all these scary viruses. Prevention is the first line of defense.

Six Brothers Pest Control knows keeping your family healthy and safe is your first and most important priority. We take pride in knowing we are your first line of defense against disease and virus-carrying pests.

If you see or even suspect that pests have invaded your home or business, give Six Brothers Pest Control a call. We will come to your location and inspect your home or office inside and out. We will create a strategy for getting rid of your pests. Our techs will explain how we will proceed and what tools we will use. If our experienced staff thinks these pests will come back, we will schedule a return date and time and treat them again. Six Brothers Pest Control is here for Henderson and here for your family.