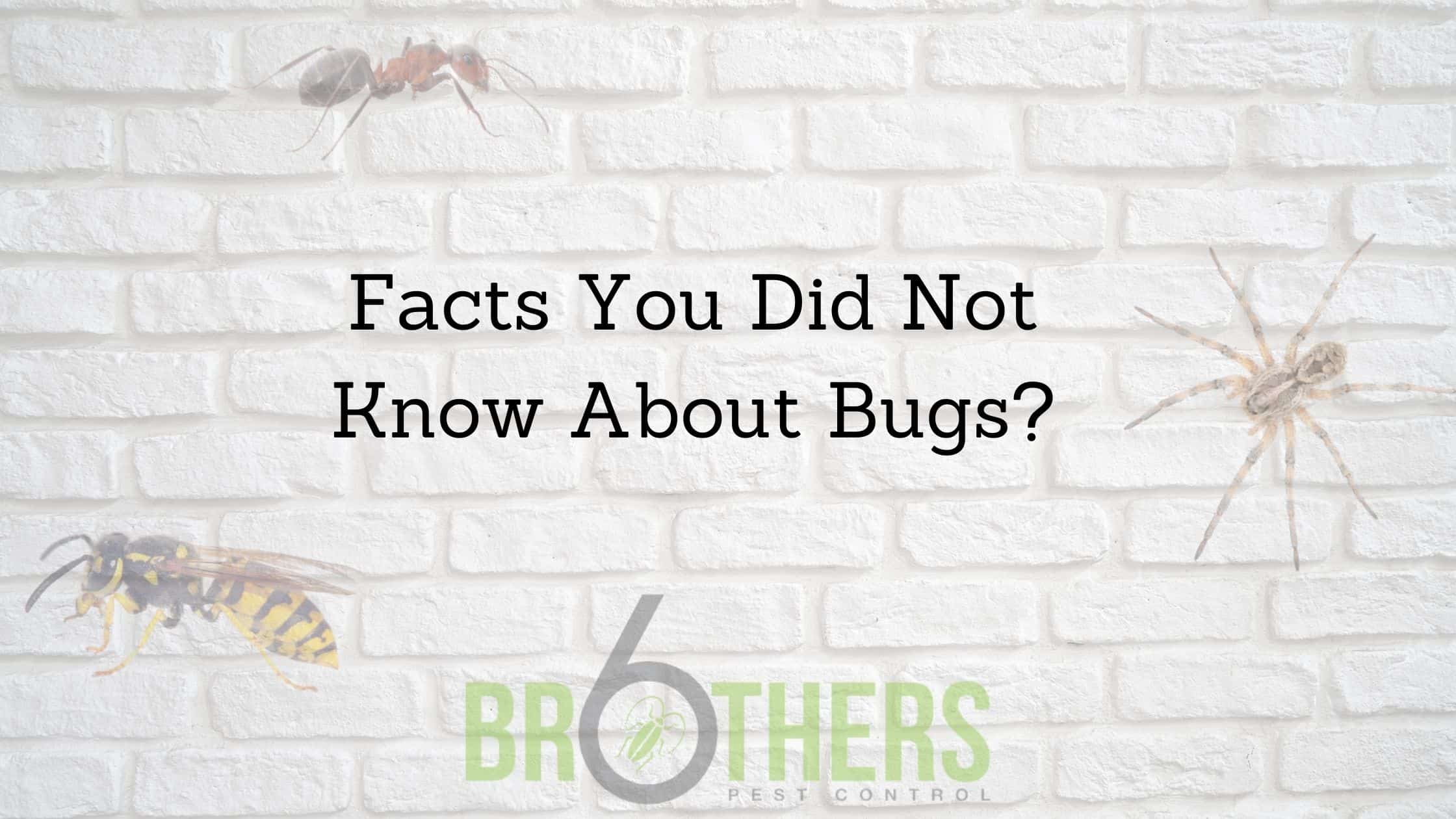 Facts You Did Not Know About Bugs?

Home » Facts You Did Not Know About Bugs?

Bugs are not something that a lot of homeowners are fond of. They may worry that these bugs will get into their home and start to cause an infestation. Others just do not like how bugs look and feel and they will choose to ignore them as much as possible. But there are a lot of great facts that you should know when it comes to bugs and some of these facts include:

Only one type of insect can rotate its head

There is only one insect that is capable of rotating its head, and this is the praying mantis. This insect is able to do this as a way to watch for predators and prey from all angles possible. This will help them to hunt for food and it is able to happen because this insect has a bit of extra flexibility between the prothorax and the head. Since these insects are not found in homes that often, you will not need to worry about them as much as some of the other options.

There are Lots of Beetles

In fact, there are more kinds of beetles in the world than there are plants. When you stop to consider how many plants are in the world, this is a hard one to think about, but it is true. If you were able to pick out an existing species, then it is likely to be some kind of beetle rather than belonging to any other type of creature.

The reason for this is that the beetle has been around for a long time. Researchers have found fossils of the beetle that go back all the way to the Permian period. These tiny creatures seem to have some kind of knack for avoiding extinction, even when humans try their hardest to get rid of them.

Bees are so important to our environment and all the things that go on around us, and the honey bee fits on this list. The honey bee will need nectar from millions of flowers in order to make just a pound of honey. That is a large amount so keep on adding those flowers to your garden.

Considering a colony is able to make up to 100 pounds of honey each year, you can see why these are often known as worker bees. They have four wings and do a great job at communicating with one another through their dance. And since there are so many of them, and they need to go through so many flowers, it is simple to see why they will do 80% of the pollination in the United States.

Another thing to consider when it comes to insects is that the fruit fly was one of the first living creatures that was able to go to space! Many people think it was a monkey or another primate, but it was the fruit fly. In 1947, the United States ended up taking these insects up with them to space inside the V-2 rocket. This was a big leap for bugs, even though it may not have been planned for that to happen.

Whether you like bugs or not, they are all around us in the environment. Some will get into your home and will need to be removed to avoid a big infestation that can harm your health, but many are good for the environment, such as the honey bee that we talked about before. No matter how fun some of the facts above may be, many of these bugs do not belong in your home and are hard to remove once you see them. Find a good pest control company and get rid of those bugs before they get out of control.