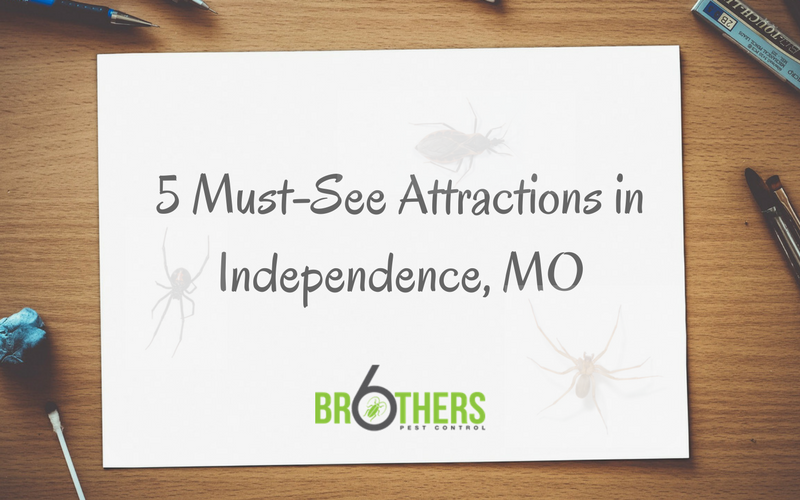 History is the name of the game in Independence, Missouri. This thriving midwest town is teeming with history in the form of pioneers, religious landmarks, and even a hometown President. Whether you are there to stay or just there for the day, you can find plenty of things to keep you interested. Here are 5 Must-See Attractions in Independence, Missouri: Harry S. Truman was the 33rd President of the United States and a true midwestern boy. Truman spent most of his youth in Independence, Missouri, and then returned home there after his Presidency. In Independence, you can walk through his old neighborhood, stop at the soda fountain where he got his first job, and go to the Harry S. Truman Library and Museum. Although most of the museum is aimed at adults, the bottom floor is full of great hands-on exhibits for children that shouldn’t be missed when looking for family adventures.

Independence, Missouri is the origin point for three major pioneer trails. See the Santa Fe, Oregon, and California Trails by the carvings left by actual wagon wheels as they headed west. You can go to the National Frontier Trails Museum and view an authentic 19th century covered wagon, along with pioneer journals and artifacts from the pioneer trails.

Three religions recognize Independence as an important part of their faith’s history. The Mormons (The Church of Jesus Christ of Latter-day Saints), Community of Christ, and Church of Christ (Temple Lot) all have a presence in Independence. At the Community of Christ temple, you can view symbolic artwork, visit the meditation chapel, and see an award-winning stained glass window. At the Mormon Visitor’s Center, you will learn about the faith’s belief that Independence is the site of “Zion” and have a chance to see what it was like as a Mormon settler in Missouri in the 1830’s.

The preserved 1859 jail contains 12 massive limestone cells where Frank James, brother of notorious criminal Jesse James, and many others were held. After viewing the original jail cells, you can tour the museum and see what justice was like in the mid 1800’s. If you still haven’t had enough history fun in Independence, you can visit Pioneer Trail Adventures. You can choose from several different tours that take you all around historic Independence, all while riding through town in a wagon and listening to stories from the driver. It’s a fun way to make history come alive for all ages!

Independence, Missouri is an important historical city, but also beautiful thriving area today. Six Brothers Pest Control is proud to serve the great people here and offer Professional Pest Control in Independence, MO. We are grateful for our loyal customers and want to give them great service to match that loyalty. If you are in the Independence or greater Kansas City area, give us a call for your pest control needs.