Mosquitos are arguably the worst household pest. They can run amok inside a home very quickly. Once an infestation takes hold of a home, controlling it can be quite difficult. Mosquitos are prevalent in Springville, Utah, especially in the summer. Mosquitos are carriers of disease and parasites. That’s why it’s necessary to address mosquito infestations as quickly as possible. In this article, we are going to discuss mosquito control in Springville, Utah. If you are currently seeing lots of mosquitoes give Six Brothers Pest Control a call today!

Generally speaking, mosquitos lay their eggs in water. That’s why they are prevalent in ponds or any standing water source. Also, mosquitos can breed in grass and organic materials. Female mosquitos lay multiple eggs which hatch quite quickly. Moreover, mosquitoes reproduce extremely fast. This is why a mosquito infestation can happen in a matter of a few days.

Mosquitoes are carriers of parasites and bacteria. Diseases associated with mosquitoes are encephalitis and West Nile Virus. In tropical countries, mosquitoes cause deadly diseases such as malaria and dengue fever.

Types of Mosquitos in Springville, Utah 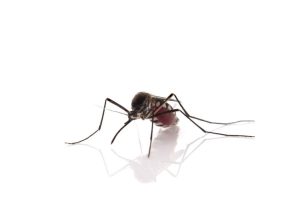 Mosquito Control in Springville, Utah boils down to spotting infestations early. Unattended infestations can quickly grow out of control. So, there are the most effective strategies to control mosquito infestations.

Controlling mosquitos requires regular inspection. That’s why it’s important to make sure that you take a look around spots in which you feel mosquitos may hide.

When to Call a Mosquito Control Specialist in Springville, Utah

At Six Brothers, we take mosquito control very seriously. We are fully aware of how dangerous mosquitoes can be. That’s why we recommend reaching out to a mosquito control specialist when you suspect you might have an infestation. Since mosquitos reproduce quickly, you may have a sudden infestation. Call us at 801-428-8389 or write us at info@sixbrotherspestcontrol.com to learn more about how we can help you take your home back from these nasty creatures.